Video: Breaking Down Our Lawsuit with HHS, OMB, and Congress

Since taking office last January, one of the Trump administration’s top priorities has been repealing the ACA, or Obamacare — but from the very start, the talking points coming out of Capitol Hill and the White House didn’t match up with the text of the various repeal options being proposed.

We went to court to find out what was really going on behind closed doors, and our case has now become a critical test of efforts — by both the Trump administration and Congress — to limit transparency across the government.

In our latest video, Austin Evers, American Oversight’s Executive Director, breaks down the case, the issues, and what’s at stake:

We filed Freedom of Information Act requests with two agencies – the Department of Health and Human Services and the White House Office of Management and Budget – to force them to turn over their emails with Congressional leaders about health care reform.

When they didn’t respond, we went to court – and over the summer, HHS and OMB produced several thousand pages of heavily redacted emails and other documents. 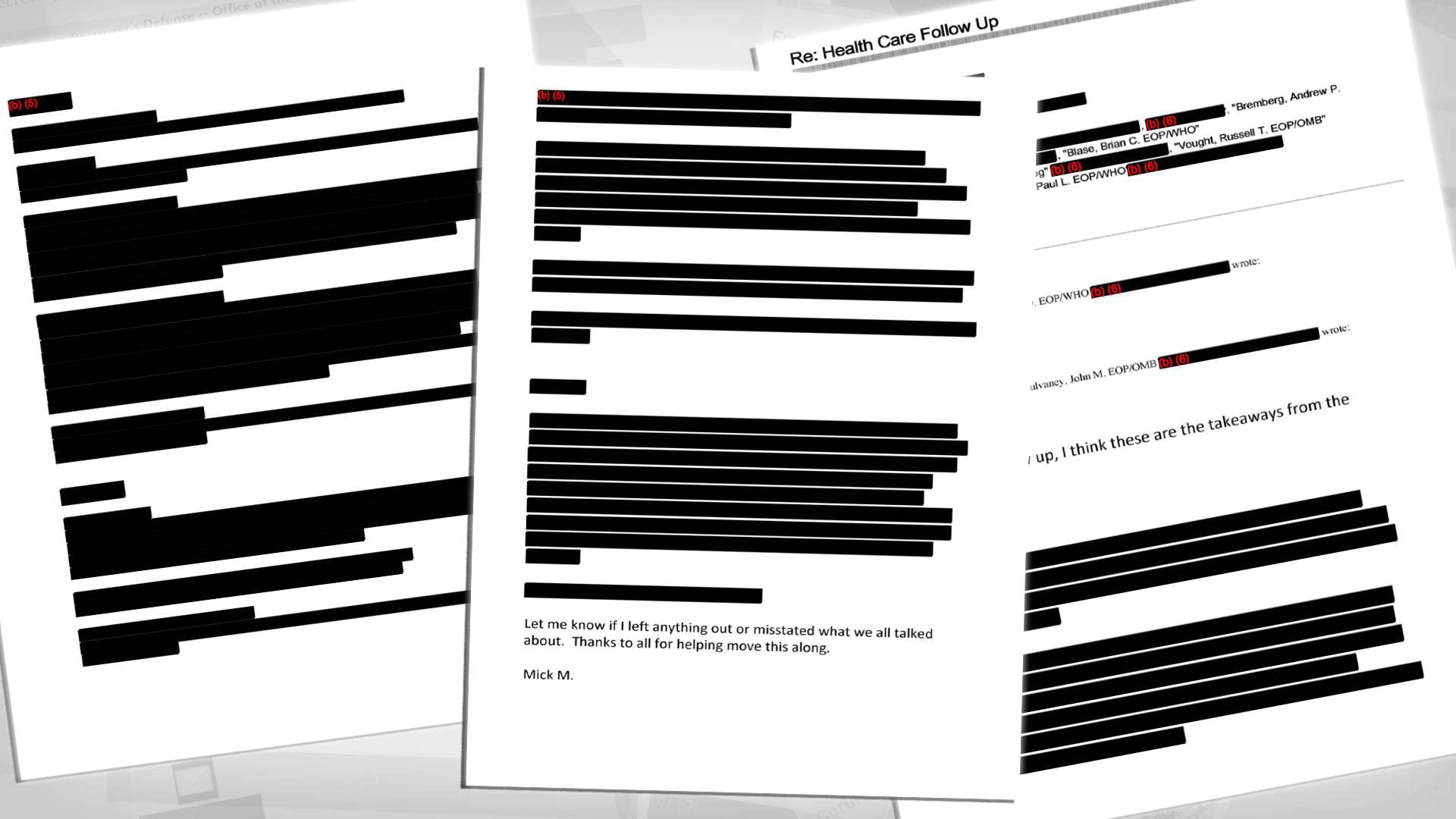 In one email, Mick Mulvaney – the director of OMB – writes to House Speaker Paul Ryan’s staff: “Help me, what do you want us to do” but the reply is totally blacked out.

American Oversight is asking the court to order both agencies to lift the redactions and we’re challenging two different two sets of arguments.

First, The Trump administration is arguing that its emails with Congress can be redacted because they are “internal agency deliberations.”

FOIA does allow agencies to withhold actual internal deliberations – but the problem with this argument is that Congress is not an executive branch agency. It’s a completely separate branch of government, and communications with Congress cannot be “internal” to an agency.

Congress then filed a Motion to Intervene in the lawsuit – making its own arguments that several of the email chains should be hidden from the public entirely. On four of the emails, a congressional staffer included a footer – basically, form text in the signature block – that said “this email should be considered a congressional record.” 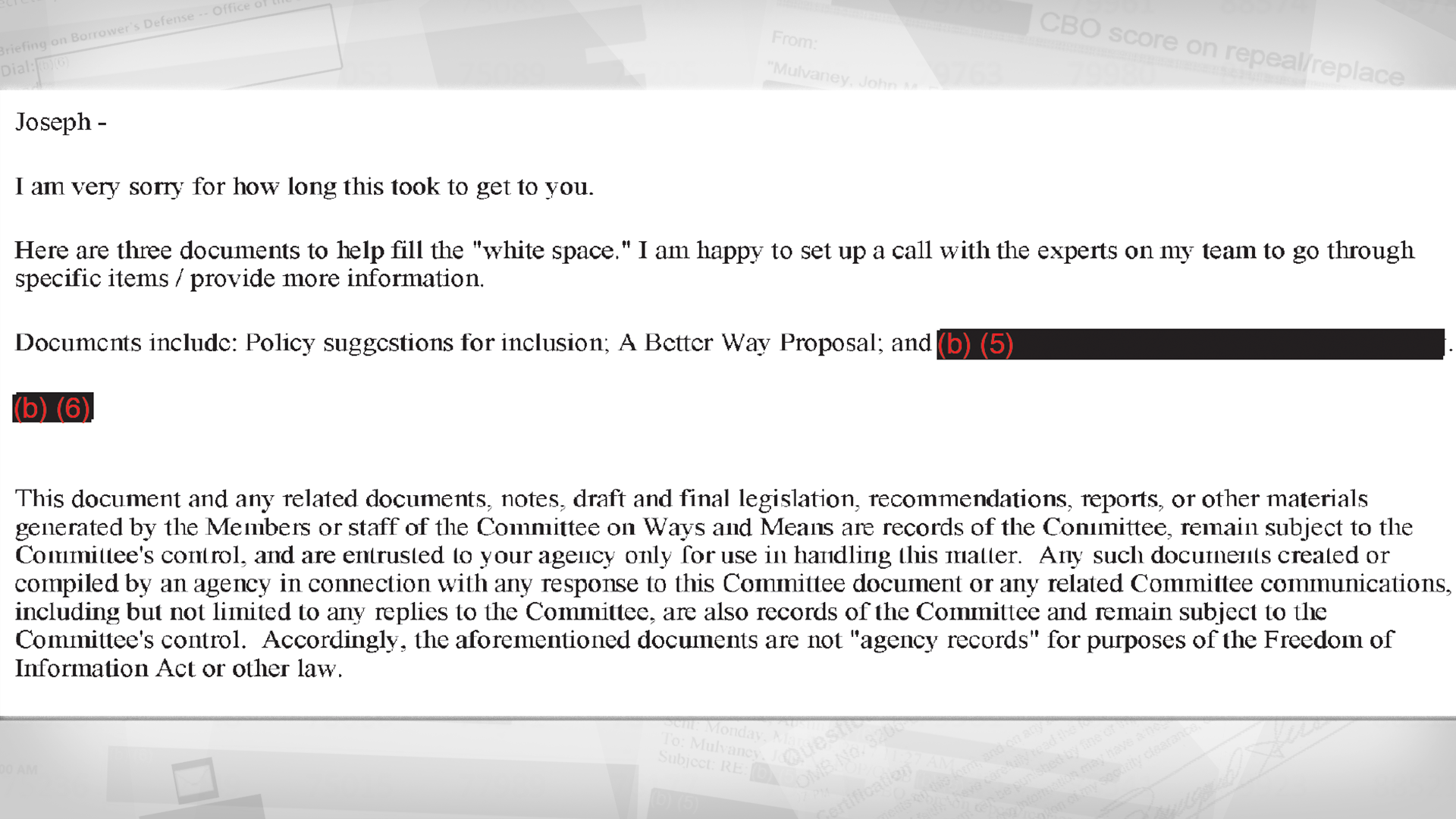 Congress itself is not subject to FOIA – so now Congress is claiming that the footer makes those four email chains congressional records, not agency records, and they shouldn’t be released to the public.

Although the Freedom of Information Act creates nine narrow categories of information that can be withheld from the public – for reasons like privacy or national security, communications with Congress are not one of those nine categories.

In this court case, both the Trump administration and Congress are trying to undermine the law and declare a whole new category of information to be off limits from public scrutiny. See our complete investigation of health care reform and the documents related to our lawsuit here.

Trump Administration Appeals Court Decision Ordering It to Turn Over Communications with Congress About ACA Sabotage
Congress, Department of Health and Human Services, Office of Management and Budget

“News to Me!” – Inside the Health Care Emails
Office of Management and Budget