American Oversight continues to investigate the Trump administration and obtain new documents each week. In the past few weeks, we’ve posted a series of new records, which include:

American Oversight sued to obtain calendars for Secretary Betsy DeVos and upper-level Department of  Education political appointees. The documents reveal that DeVos frequently only works partial days and has taken 15 days off since being sworn into the position. These documents also informed reporting in the New York Times. For further reading, see our blog post on this, which includes detailed numbers of her absences here. 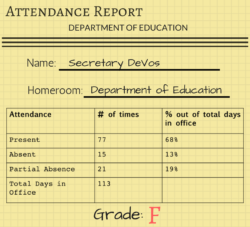 Calendars for other senior Department of Education staff can be found here.

Small Business Administration (SBA) provided documents and text messages in response to our FOIA regarding Administrator McMahon’s speech at an event at a Trump property. These text messages revealed that her staff were discussing how to obscure Trump Hotel sign on the podium to downplay the location of her speech. Read more on our blog here. 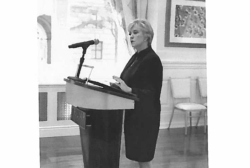 American Oversight has been investigating the cabinet members appointed by President Trump, including Department of Labor Secretary Alexander Acosta. In response to our FOIA request, we received Acosta’s emails from the time he served as a member of the National Labor Relations Board from December 2002-August 2003. See our full investigation of Trump’s political appointees here.