American Oversight’s work exposing misconduct and abuse of power have already shed light on serious problems — from conflicts of interest at the Departments of Education and Agriculture to the attorney general’s politicization of the Justice Department — but we remain committed to uncovering the truth for the public. In this post, we’ve catalogued some of the most important things we’ve uncovered about top administration figures — and what we’re still trying to find out. 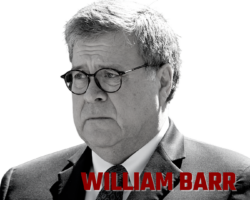 William Barr
Attorney General William Barr’s administration of the Justice Department will have long-lasting implications for the integrity of the nation’s top law enforcement agencies. American Oversight’s investigations have already uncovered key information about how Barr has served the president’s political interests over those of the American people.

For example, our Freedom of Information Act litigation revealed that Barr was heavily involved in federal prosecutor John Durham’s probe into the origins of the Russia investigation — handpicking an assistant for Durham and meeting with him 18 times in the seven months after Special Counsel Robert Mueller’s investigation ended. 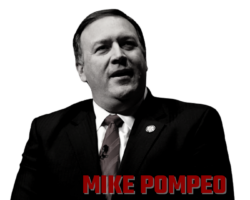 Mike Pompeo
Secretary of State Mike Pompeo is one of the longest-serving and most influential figures in the Trump administration — and his personal and political actions during his tenure raise many questions.

We know from previous American Oversight investigations that his unusual request for military housing as secretary of state set off legal alarm bells and that a whistleblower had filed a complaint alleging that top officials at the agency turned a blind eye to Pompeo’s misconduct.

Responses to American Oversight’s record requests also showed Pompeo had direct communication with Rudy Giuliani in March 2019, when Giuliani was orchestrating his smear campaign against U.S. Ambassador to Ukraine Marie Yovanovitch and pushing for investigations of former Vice President Joe Biden’s son — activities that figured prominently in the president’s 2020 impeachment. 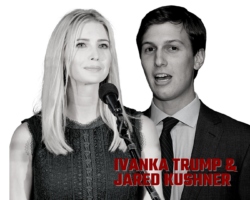 Jared Kushner and Ivanka Trump
President Trump’s daughter and son-in-law are White House officials who occupy positions of significant power with little relevant experience. Their roles merit oversight so that the public can understand their level of influence — and know whether they are carrying out duties in compliance with the law.

In 2018, the White House, in reviewing records sought by American Oversight through FOIA litigation, found that Ivanka Trump had sent hundreds of emails using a personal account, revealing that her improper email practices were some of the most pervasive among the multiple administration officials who’ve conducted government business over private email.

Meanwhile, despite his lack of expertise, Kushner has been granted an extensive portfolio of issues to work on. We have also kept an eye on his role in the mishandling of the Covid-19 crisis. Kushner has held a wide-ranging role in the administration’s pandemic response, including leading a bungled testing effort and a mismanaged scramble for personal protective equipment and medical supplies. Records we uncovered show Jared forwarding an email calling face masks a “silver bullet” against Covid-19 back in May, yet Jared is rarely seen wearing a mask and October saw the White House reeling from an outbreak within its walls. 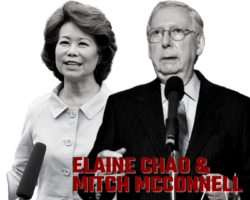 For example, as Politico reported, we uncovered emails and calendars showing that Chao set up a special track within her office for requests coming from their home state of Kentucky or from the office of her husband.

In June 2019, the New York Times published an extensive investigation into Chao’s efforts on behalf of her family’s shipping company, Foremost Group, referencing emails we obtained showing that her office helped arrange a capitol tour for visiting Chinese government officials. We also published official calendars showing a private photo session at the Department of Transportation in which Chao and her father posed with Foremost employees. 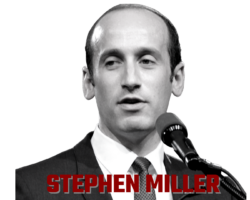 Stephen Miller
White House Senior Adviser Stephen MIller is an architect and advocate of some of the administration’s harshest anti-immigrant policies. We have filed more than 70 FOIA requests related to Miller’s influence and are still waiting to hear about dozens of them.

Miller reportedly often relies on phone calls rather than emails to avoid leaving a more substantial paper trail. But we’ve combed through thousands of pages of public records and have put together a timeline that helps trace his extensive reach within the administration.

American Oversight requests have also uncovered documents that detail how Miller operates. For example, emails with officials at the Department of Justice and Immigration and Customs Enforcement show how he uses internal agency allies to promote his efforts, sometimes sidestepping the agency’s leadership. 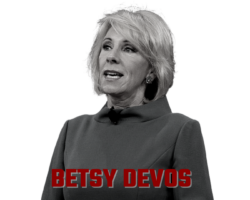 Betsy DeVos
Education Secretary Betsy DeVos’ connections to for-profit college and charter schools raise questions about her management of the department as well as serious conflicts of interest.

For example, American Oversight requests already uncovered emails showing that a top aide was working closely with officials at a failing for-profit college corporation as two of its schools lost accreditation, even as those schools misled students about their accreditation status and the Education Department continued to grant those students loans. We’ve also uncovered pro-charter school bias in the resumes of Department of Education officials.

American Oversight also investigated DeVos’s many unexcused absences early in her tenure, finding that during her first few months on the job, DeVos put in a full day’s work just two-thirds of the time during and took frequent long weekends — as well as spending taxpayer money at DeVos family properties. 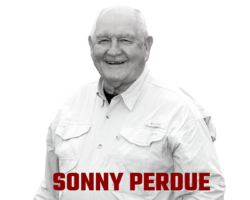 Sonny Perdue
Agriculture Secretary Sonny Perdue’s personal financial interests in the farm sector and ties to industry have raised conflict-of-interest concerns since his tenure as governor of Georgia. And American Oversight’s investigations into his role in the Trump administration have already revealed a number of unsettling problems.

For example, we’ve uncovered ongoing contact with AGrowStar, a company that was part of Perdue’s grain business. Although Perdue is recused from dealings involving the company, prior to joining the administration Perdue and AGrowStar President Danny Brown had a history of trading favors to promote the business, according to Politico. And although Perdue pledged to step down from a board position at the National Grain and Feed Association when he joined the agency, records we obtained show that he remains in regular contact with the influential trade group.

Other documents we received also revealed how Perdue’s Agriculture Department engaged with meatpacking corporations to boost the industry at the expense of worker safety during the early days of the pandemic.